The largely uncharted network of caves under Waitomo was created by water running through the soft limestone. The water, which continues to flow through the network creates stalactites (which form downwards) as the lime in the water reforms from drips from the roof and stalagmites (which form upwards) as the water hits the floor. The Maori name ‘Waitomo’ means ‘water hole’.

The Waitomo caves are also home to thousands of glow worms which make them even more magical!

There is a range of options for exploring the Waitomo area, from easy walks  and glow worm tours to adrenaline-spiking underground adventures.

Guided trips are your only option for really exploring the caves, and no matter which trip you, do you will be blown away.

We spend about four hours at the Waitomo Caves so you can choose the adventure that suits you.

Must see and do While the population above the ground is small (less than 50 residents!) the caves are home to millions of sparkling glow worms, which attract thousands of people from all over the world to come view this natural phenomenon... 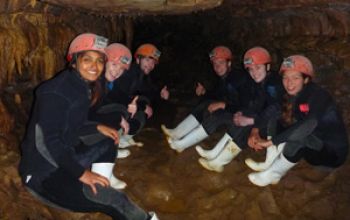 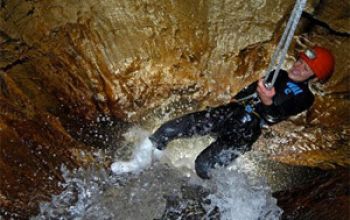 Haggas Honking Holes is Waitomo Adventure’s most concentrated action Adventure.  On this 4... 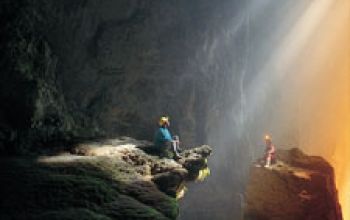 The Lost World 4 Hour is a dry caving adventure with a 100m abseil down into the Lost Worl... 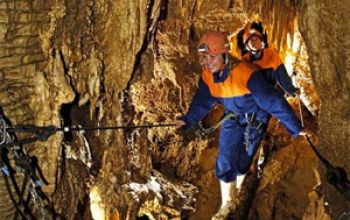 Abseil into St Benedict’s Cavern and explore one of New Zealand’s most special and picture... Talk to the Travel Experts!

Ally, Sam and Flick fizz off helping you plan your ultimate travel experience.