Wellington is our third largest city and since 1865 has been our capital and home of the New Zealand Government. It is named after the first Duke of Wellington ‘Arthur Wellesley’ who commanded the British army against Napoleon and was also British Prime Minister (which must have seemed like good reasons to name a town in the place on the opposite side of the world after him). The centre of the city is jammed between the hills and the harbour, so is relatively small and is easy to walk around.

Vibe: Wellington has a very artsy vibe, it is home to a thriving arts scene, vibrant café culture and growing craft brewery movement. Wellington has been called the ‘coolest little capital in the world,’ and it’s not hard to see why.

Known for: Being the ‘Windy City’, or the ‘City of Gales’, a play on Auckland’s ‘City of Sails’ title and the local rugby team is fittingly called the Hurricanes. Wind is channelled through the Cook Strait, which is the only gap in New Zealand’s 1400km chain of mountains.

Must Do: Visit Te Papa, New Zealand’s National Museum, which is free to enter (although a donation is much appreciated).

Interesting fact: The city is located on a major fault line and Wellington leads the world (they hope) in the development and application of technology to create earthquake resistant buildings.

Release the inner film buff!
Forget Holly wood and Bollywood, we now have Welly wood! The Wellington area is the home of Peter Jackson and his Weta Studios of Lord of the Rings, King Kong and The Hobbit fame. Wellington wanted to make a Hollywood-styled ‘WELLYWOOD’ for a prominent hillside in Wellington however, after some debate they settled on ‘WELLING T O N’ with the last few letters being blown away, as a tribute to the famously windy climate. The Wellington Movie Tour includes a tour of the Weta Workshop.

Walk along Oriental Parade
Oriental Bay is the closest city beach and is a popular place to swim and sunbathe in the summer.

Visit the 'Beehive'
Home to New Zealand's government and aptly named because the building does indeed resemble a bee hive. You can take a guided tour of the building, sit in the public gallery when Parliament is meeting, or visit the visitors centre to see what exhibitions are taking place.

Take the historic cable car up Mt Victoria
The Wellington Cable Car is a funicular railway that runs from the centre of town up to the Botanical Gardens. Get a great view of Wellington and the bay.

Visit Te Papa National Museum
At Te Papa you'll find exhibitions detailing New Zealand’s precarious position on the tectonic plates, its birds and marine life, cultural history, a contemporary designed marae, and copies of the Treaty of Waitangi. It also hosts many temporary exhibitions as well (that sometimes have a small charge). Wellington prides itself on it's dining and drinking culture. The city is making a name for itself for producing great craft beers, pop up gourmet food trucks, organic markets and foodie festivals.
Wander the laneways around Leeds Street and discover Goldings Free Dive, a zany little craft beer bar decorated with recycled materials, the Wellington Chocolate Factory, Pizza Pomodoro and Hanging Ditch with it's curious cocktail creations. Once you've had dinner and a few drinks, walk over to Courtenay Place to check out the night life!
Get to Wellington!

Stray passengers get exclusive behind the scenes access to WETA Workshop (responsible for films such as The Hobbit, Lord of the Rings, King Kong, District 9, Avatar and more!). 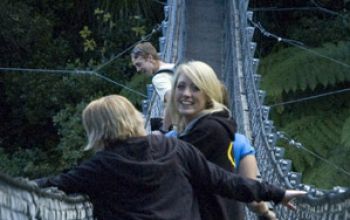 Take a trip around Wellington to see where filming for Lord of the Rings began in the Hobbiton woods, a suburb of Wellington home to the movie industry and the Weta Cave! Base Wellington is located on Courtenay Place right in the midst of Wellington's nightlife and in the centre of town. 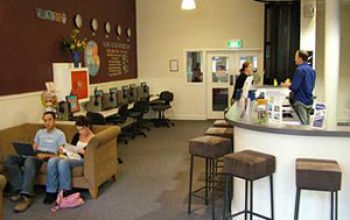 About NomadsNomads Wellington (rated by Qualmark as a 5-star hostel) is part of the fastes... 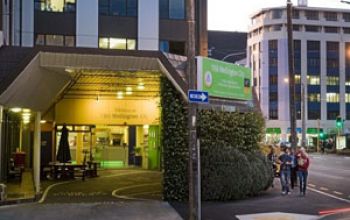