Milford Sound has been described as the "8th wonder of the world" and it's easy to see why; deep blue water surrounds dramatic peaks clad in rainforest while waterfalls flow from impressive heights.

Initial tourism development of Milford Sound was largely attributed to Donald Sutherland (funnily enough, not the actor), who was an old sea dog who settled here in the late 1800's, becoming known as the "hermit of Milford". Upon discovering the huge waterfalls, he modestly named them after himself. His claim that the Sutherland Falls were 1000 metres and the highest in the world was a great trick which attracted tourists, allowing him to build Milford's first hotel. His life of "hermit" quickly transformed to the host of people from around the world.

Whilst the falls are high and definitely spectacular, they are actually 630 metres and no, they are not the highest in the world.

Population: Around 2,000 people in Te Anau and around 120 in Milford Sound

Known for: Mitre Peak which is the most photographed part of the Milford Sound; it is the world's highest sea cliff at a grand 1692 metres. "Mitre" comes from that of a bishop's hat, of which the peak resembles.

Did you know? Milford Sound is in fact a fiord. Whereas a "sound" is created by a river, a "fiord" is formed by a glacier. The middle of Milford is over twice the depth of the water at its sea entrance, which was the terminal point of the glacier that created it.

Things to See and Do Take a Cruise in Milford Sound

Step aboard the purpose-built cruise boat and head up to the main deck, the best place to see the sights and feel totally immersed in Milford Sound.  As the boat cruises out into the fiord, take in the epic views of the waterfalls, sheer cliff faces and Mitre peak in the distance.  There's a restaurant and bar on board so you can enjoy some food or a drink while you're cruising. Keep an eye out for wildlife.  The fiords in this area of the South Island are home to some particularly unusual nature and wildlife because they have a 2-4 metre layer of fresh water that sits above the salt water. This layer prevents strong light being filtered through to below, which in turn allows sea life that typically lives in deep water to thrive near the surface. You're likely to see an abundance of wildlife above the surface too including fur seals, crested penguins, bottle nosed and dusky dolphins.

If you're planning to stay longer in Te Anau to do some of the famous hikes in this area, or to also visit Doubtful Sound, head into the Fiordland National Park Visitor Centre to get all the information you need. The centre is managed by the Department of Conservation and staff can provide you with track information, weather forecasts, tickets and maps. You can also learn about the native birds you're likely to see and about the local conservation projects and how you can get involved.

Lake Te Anau is truely stunning on a bright summer's day.  Take a walk or a bike ride around the shoreline or even a dip if you don't mind the cold! Head out across Lake Te Anau by boat to the Te Anau Glow Worm caves.  Transfer to a small boat to explore the underground river, lit by thousands of glow worms! Truly magical.

At the Fiordland Cinema you can watch the latest blockbuster films as well as some locally produced New Zealand films that will teach you more about the local region.

Take me to Milford Sound! 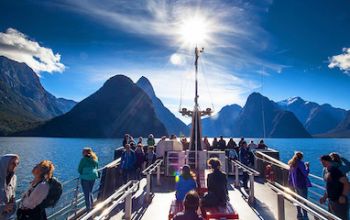 The scenery in Milford Sound is incredible, which is why it’s known as the eighth wonder o... 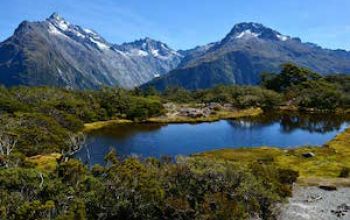 The Key Summit Hike is an easy half day walk on a part of the famous Routeburn Track (one ...

The scenery in Milford Sound is incredible, which is why it’s known as the eighth wonder o... 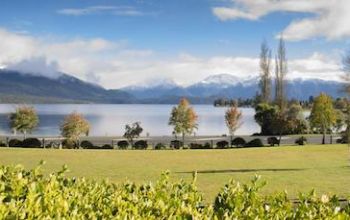 Te Anau Lakeview offers a great base for exploring Fiordland with a range of accommodation options.