Welcome to Auckland, Stray's HQ and the main Stray bus departure point.  Auckland is NZ’s largest city, built upon a narrow strip of land between two harbours. Living in Auckland allows us to enjoy an almost subtropical climate, with notably humid temperatures in the peak of summer and mild, wet winters. The city receives some friendly abuse from non-Aucklanders as not the “true New Zealand” but if you spend some time here it is hard not to fall in love with the city’s lifestyle, beautiful surrounds and wide choice of activities, restaurants and nightlife.
Population: approximately 1.45 million (1/3 of NZ’s total 4.5 million people - more people live in Auckland than in the entire South Island!)
Vibe: Bustling, multi-cultural city - the biggest city in New Zealand (much larger than the capital Wellington).
Known as: The City of Sails - there are more boats per capita here than anywhere else in the world, that’s 1 boat to every 4 people (and you thought we just had a lot of sheep!).
Must Do: Climb a volcano! There are an estimated 50 volcanoes in Auckland so take your pick. Our faves are Mount Eden or Rangitoto. Auckland City from the top of Mount Eden

Get out on the water
Auckland isn’t called the ‘City of Sails’ for nothing. Catch a ferry from the downtown ferry terminal to the historic township of Devonport just across the harbour, walk around the bay to North Head lookout which offers spectacular views of the city, harbour and surrounding gulf.

Climb a volcano
Rangitoto Island, the volcano you can see in the harbour, is a half hour ferry ride from downtown. It's the youngest volcano in Auckland at only 550 years old. The ferry will drop you at the base and you can hike to the crater to see spectacular views of the city, and explore the native bush and lava caves. If you have less time and money, catch a bus to Mt Eden village and climb to the top of Mt Eden (pictured above) to check out the crater and 360 degree views of Auckland city. Reward yourself afterwards with a hot chocolate from one of the many cafes in Mt Eden village.

Go Vineyard Hopping
Waiheke Island is only a 40 minute trip to what Lonely Planet recently ranked as the 5th best destination in the world, home to fantastic vineyards and beaches which you can explore by foot, bicycle, scooter, bus or hire car. Cable Bay and Mudbrick vineyards are within easy walking distance of the ferry port.

Explore downtown
Head along the waterfront area to check out the boats in the marina downtown and the harbourside restaurants and bars. In the summer you'll often find markets, or a free outdoor movie playing at Wynyard Quarter.

Visit the Auckland Domain
It’s a great central park with a view out to the harbour, but the main attraction is the Greco-Roman style Auckland Museum (Te Papa Whakahiku; $25 donation expected and valid for repeated one day entry). It contains one of the finest collections of Maori and Pacific art and treasures.

Hit the shops
The main street of Auckland is Queen Street, the commerce and business centre for the city. Running parallel to Queen St is High St, home to designer label clothes, upmarket restaurants and cafes. At the top end of Queen St is Karangahape Rd (aka K’Road), where you will find alternative and vintage shops, some of the best nightclubs in the city and Auckland’s attempt at a ‘Red Light’ district. If you want to explore further out try the Link bus which connects the shopping areas of Parnell, Ponsonby and Newmarket.

Get the adrenaline pumping
Did you know you can Bungy Jump off Auckland’s iconic Sky Tower or the Harbour Bridge? You can also do a guided climb over the bridge for the best views of the cityscape or walk around the edge of the Sky Tower - 192 meters above the ground!

Whale and Dolphin Safari
If you love marine life (who doesn’t?), check out a cruise around the nearby Hauraki Gulf Marine Park for a chance to see whales, dolphins and birdlife up close.

There's no shortage of places to eat and drink in Auckland. Some of our favourites include Elliot Stables located in the heart of the city, The Mexican Cafe for cheap and cheerful Mexican food and margaritas near the Skytower or the downtown viaduct area for a range of good restaurants and bars.  Ponsonby Road is also a popular dining precinct and a good place to go out on a Friday or Saturday night. If you're saving your pennies, catch a bus along to mission bay and have fish n chips on the beach or purchase some meat from the supermarket downtown and use the free public BBQs on Queens Wharf at the end of the Cloud for budget harbour-side dining!

READ OUR BLOG: The Best Things to do in Auckland

After living in this city for her whole life, Stray's very own Jodine has come up with an extensive guide about how to make the most of your time in Auckland. 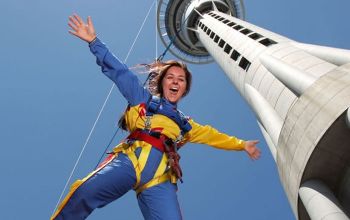 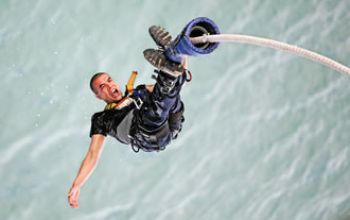 The Auckland Bridge has an important place in the history of Bungy - New Zealand’s most ic... 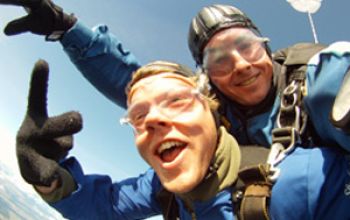 Skydive Auckland offers the experience of a lifetime as Auckland's leading Tandem Skydivin... 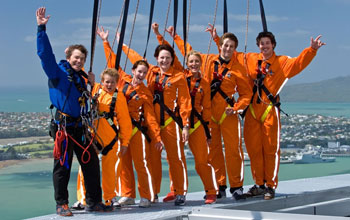 Walk the 1.2 metre-wide walkway around Auckland’s famous Sky Tower - 192 metres above the ground, no handrails and nothing but air either side of you! 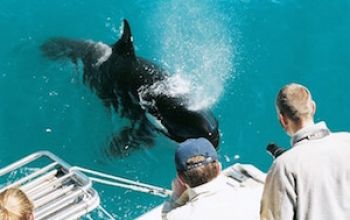 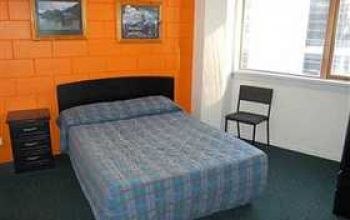 About Fat Camel Fat Camel Auckland is located in the downtown Britomart area of Auckland. ... Nomads Auckland has a free rooftop spa and sauna and a sun deck with harbour views - a step above your average hostel! 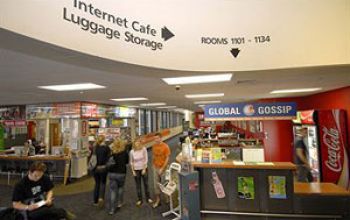 Award-winning Base Backpacker Auckland is located in the heart of Auckland city.